Any worthwhile guide must begin with a definition. Ethereum was the name given to the upper layer of the atmosphere in ancient Greece, and in chemistry it refers to certain classes of chemical compounds.

But what is ether in the world of cryptocurrency? Ethereum is a form of digital money that is mostly used on the Ethereum platform. Ether can be sent fairly quickly to people you know over the Internet – usually at a much lower cost than other altcoins.

Ether cryptocurrency can be compared to cash. Imagine sending $5 to a friend – and it came straight into your account without any third-party involvement. The same thing would happen if you send him 1 ETH – except your friend would be much happier, because this coin is worth more than $2 thousand now. 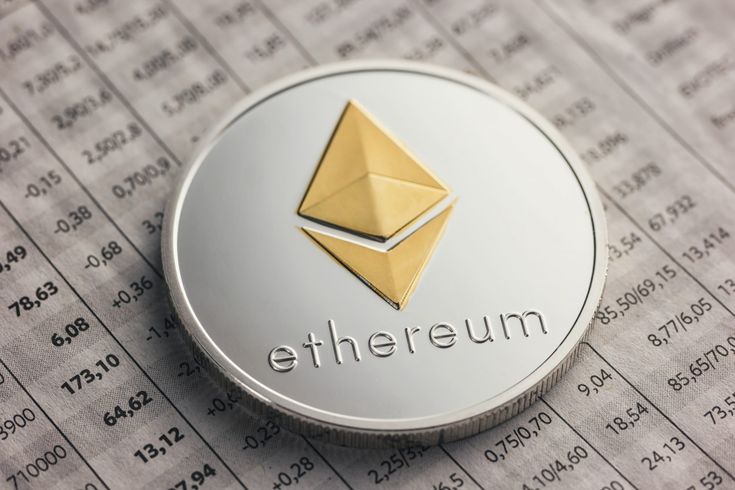 The main purpose of ether is not only for transactions of digital assets, but also to support the operation of the Ethereum blockchain. This network underpins a host of decentralized applications, which are referred to by one common term: DApps. DApps serve to create better alternatives to the technologies we use every day.

There are two concepts within the Ethereum system: ether and gas. And this sometimes causes confusion. Ether is what you see on your balance sheet when you buy an altcoin. Ether is where transactions are made. The word Ether is often used to mean the entire altcoin, not just a part of it.

Gas is a unit of calculation, that is, how much power goes into a transaction. There is a certain “price” for each, which is denoted by Gas. It cannot be transferred to someone’s wallet, it only exists within the ethereum ecosystem. 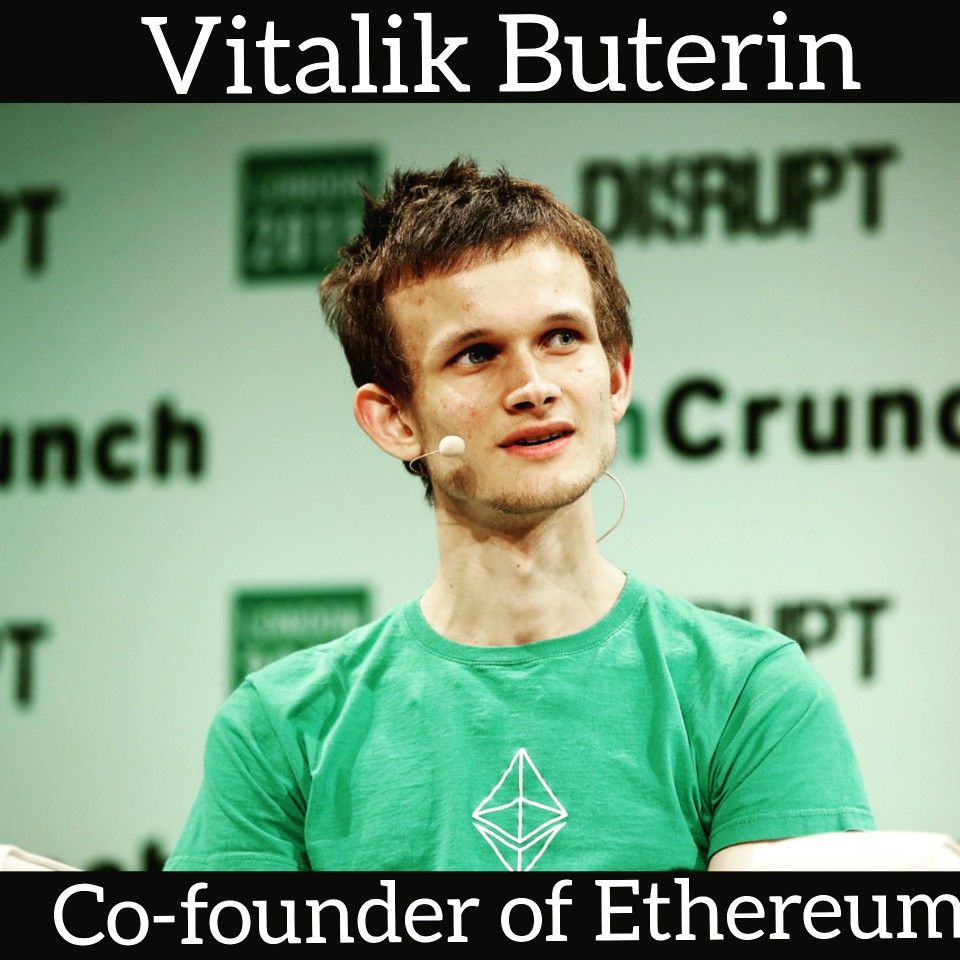 The second most popular cryptocurrency was created by Vitalik Buterin, a Canadian programmer of Russian origin. He learned about cryptocurrencies and blockchain about two years after the launch of bitcoin. Buterin recruited several other specialists as co-founders of his own currency, and in the summer of 2014 the first sale of ETH tokens took place. This raised about $18 million.

The Ethereum machine processes millions of transactions that are combined into blocks. Each block is connected to the previous block, thus forming a chain – the very blockchain.

Ether runs on smart contracts in the Solidity programming language. It is a special “program” that is executed by all the nodes and helps establish communication among all cryptocurrency owners.

In the Ethereum network, smart contracts can be executed multiple times (unlike the bitcoin blockchain).

What are the main differences between Ethereum and Bitcoin

The fact that bitcoin and ether are different in many ways is already clear from the fact that all cryptocurrencies except the first are called altcoins.

Let’s first break down a bit about how the bitcoin blockchain is structured. It was created by a man or group of men under the alias Satoshi Nakamoto in 2009. The only type of transaction in this blockchain is the transfer of bitcoins from one address to another.

Bitcoin’s terms are written in the Bitcoin Script language. It is not a universal or flexible language. The code is executed once and does not affect the fate of the blockchain in the future.

Everything works differently in ethereum. The Ethereum Virtual Machine (EVM) is responsible for its programmability. It is a Turing-completeness machine, which means that all problems can be solved using only the Turing computational machine (or its equivalent). Turing completeness is a fundamental concept in computer science, which can measure, for example, the universality of a programming language.

But back to the etherium. In the case of its blockchain, turing-completeness means that in theory it can perform arbitrarily complex calculations and contracts can be executed multiple times. Such a capability does not exist in bitcoin’s blockchain.

An EVM is completely isolated, meaning it has no access to the resources of the computers on which it runs. The machine only has access to the last block of the etherium. Therefore, the payment for a transaction on the network is proportional to the computing resources that are used in its execution. It is to measure these computations that Gas is used.

Ether blockchain has gained a special role in decentralized finance (DeFi). It is considered the main blockchain for applications in this field. However, projects are constantly emerging that want to carve out a niche for themselves in DeFi. For example, the Polkadot platform, which has already been dubbed the “ether killer,” or the Solana blockchain.

Most apps (dApps) also mostly use ether blockchain, and until 2020, all GameFi projects were to be on this platform only. Ethereum blockchain allows everyone to create their own smart contracts and apps that will work in certain areas (finance, business, healthcare, etc.)

Now, however, with the advent of new blockchains, ether’s popularity is declining. This is due to several factors, including the problem of scaling the network, low speeds and high gas prices.

Ether in the NFT marketplace

Like DApps, the ethereum blockchain has played a special role in NFT (non-interchangeable token). The first NFT on Ethereum launched in 2015 a few months after the blockchain itself launched. To be fair, the first token was still launched on the bitcoin blockchain. Still, ethereum became NFT’s “partner” both as a technology and as a currency for trading.

In 2017, Ethereum became more popular and NFT pioneers turned to it again. That year, American studio Larva Labs released CryptoPunks based on this blockchain. Now CryptoPunks tokens sell for hundreds of thousands of dollars, and rarer instances sell for millions.

Basically, all NFTs are sold and bought for ether. This is due both to the fact that for Ethereum is the main blockchain of tokens, and the fact that with the advent of this altcoin, complex transactions with different digital assets became possible. 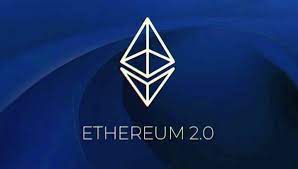 For several years now, crypto-enthusiasts and coin holders in general have been waiting for Ethereum to switch from PoW to PoS.

Ethereum 2.0 is the second iteration of the Ethereum blockchain and the full transition to Proof-of-Stake. Verification of transactions in the blockchain will no longer depend on computational power, but on stacking. Proponents of the transition believe it will help make the network secure, including minimizing MEV risks.

In addition, Ethereum 2.0 is expected to increase network bandwidth and, as a result, increase transaction speeds and reduce costs and gas fees. The transition will also help Ethereum hold a leading position in DApps.

It is worth noting that the transition to PoS is a complex technological process that cannot be accomplished in one day. In order to level out possible risks within the network during the transition, developers are conducting hardforces.

The full transition, as conceived by the developers, should undergo a series of updates and hardforces. It is called Metropolis.

Its first stage Byzantium passed in October 2017. Thanks to this update, the speed of transaction processing increased, the reward for miners was reduced from 5 to 3 ETH, and the overall confidentiality of the system was improved.

Most importantly, the activation date for the “complexity bomb” moved forward a year and a half. Initially, it was intended that Etherium would run immediately on PoS, but in 2015, when it was launched, the technology was still “raw.” After the network was launched on PoW, a “complexity bomb” was put into it – a programmed mechanism for exponentially increasing the complexity of mining, which encourages network members to switch from the PoW algorithm to PoS sooner.

The second phase of Metropolis was the Constantinople hardfork. It was planned for 2018, but after its launch on the test network it was postponed. It was eventually produced on February 28, 2019. Along with it, the St.Petersburg update was launched, which removed some bugs in the network.

The hardfork increased the efficiency of the network and reduced the reward for miners from 3 ETH to 2 ETH. Some operations were simplified and it became easier to develop smart contracts.

The third major update is Istanbul. It increased the resistance of the network to DDoS attacks, changed the price of gas for different operations, and increased the scalability of the cryptocurrency. Buterin himself stated that Istanbul brought Etherium closer to version 2.0.

The second phase of Istanbul was Berlin. It was followed by the London hardfork, which was activated in August 2021. The latest update burned through some of the miners’ commissions and expanded the gas limits on the block. After the update, the gas rate auction was replaced by a base commission per block.

On October 27, 2021, the Altair update was activated. It implemented penalties for inactivity and inappropriate validator behavior. 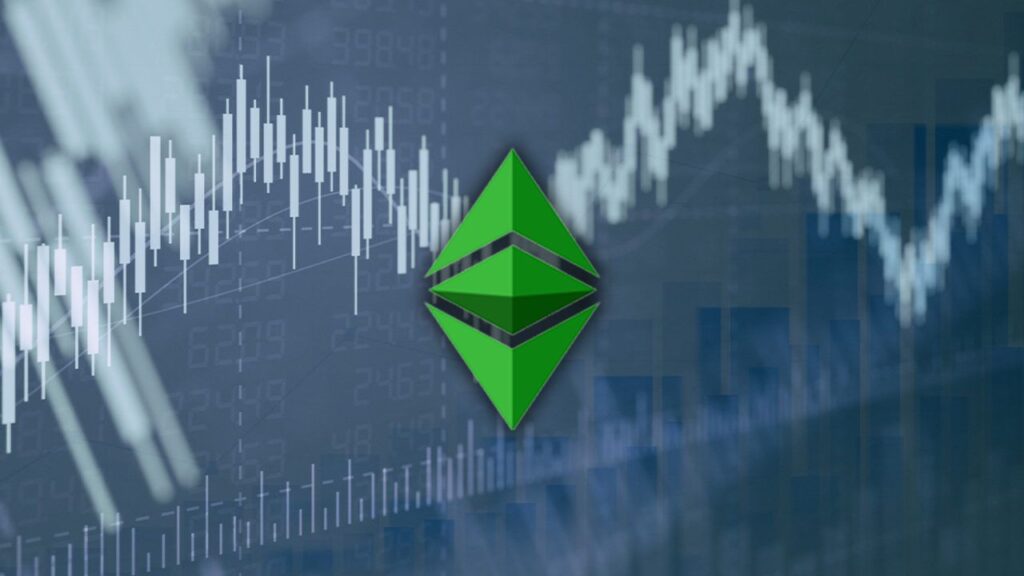 Ether has remained a sought-after cryptocurrency for most of its history. By mid-February 2022, the largest altcoin has a capitalization of over $370.7 billion.

After the altcoin began selling in 2015, its price barely exceeded one dollar. Over time, the cryptosphere began to grow in popularity, and with it, so did the prices of cryptocurrencies.

The mark above a thousand dollars per ether the coin crossed in January 2018 – at its peak it was trading at $1,200. However, the ether could not hold at that level and fell to $379.

The rapid growth began in 2021 along with the rise of the entire crypto market. By mid-April, Ethereum came close to $2,500. Then the creators of the cryptocurrency held a Berlin hardfork, which is part of the transition plan to Ethereum 2.0. And on May 12, the cryptocurrency’s value exceeded $4,300 for the first time.

In the fall of 2021, a bullish rally pushed ether to a record value again. On November 10, ETH was trading above $4,840 at the moment. So far, this is the altcoin’s highest price so far.

Analysts believe that Etherium is capable of increasing in price after the full transition to Ethereum 2.0, which, as the developers promise, will happen in the spring and summer of 2022.