How to mine Litecoin with GPU

How to mine Litecoin

To start mining LTC, there are six steps to follow:

Now we will take a closer look at the issue of setting up the equipment and creating comfortable conditions for effective mining of “digital silver”.

The first thing worth noting is that in 2020-2021, mining LTC token via CPU and GPU is useless. The fact is that the profits from using CPUs and graphics cards won’t even cover the costs of electricity bills and wear and tear on the “iron”.

Why is this the case? Mostly this is due to the advent of “asics”, which offer much more productivity, although some miners are still using video processor-based farms. And if you don’t take into account buying an ASIC device, that’s the only way to mine Litecoin efficiently nowadays.

1 block of this cryptocurrency is mined for 2.5 minutes (against 10 minutes for bitcoin). Therefore, the nominal amount of coins obtained will also be four times more.

Interesting fact! From the beginning, miners received 50 LTC for mining a block. However, as they find more blocks the reward is halved. This is called halving and happens every 4 years. Right now the reward is 12.5 coins.

Halving directly affects the profitability of miners. Therefore, the cryptocommunity is waiting for a potential halving of Litecoin, otherwise the network could lose a large number of users. Also answering the question “how much is Litecoin worth” – about $75 per token.

What are the differences between Litecoin and Bitcoin?

After Litecoin appeared in 2011 after BTC fork, it caused a lot of discussion. For example, many people complained about its too strong resemblance to Bitcoin. However, the developers of the new coin proved that it has the right to exist.

The first difference between Litecoin and Bitcoin is the issue of tokens. The maximum number of coins in circulation is 84 million. Also, LTC blockchain is designed to process thousands of operations per second due to faster block generation than bitcoin. At the same time, the complexity is corrected by the Scrypt algorithm, which automatically determines the computing power involved. Thus, if the overall speed of LTC mining is growing, the complexity is increasing, and vice versa.

In addition, the LightCoin network algorithm has a simpler structure than SHA-256. But at the same time Scrypt uses more RAM for fast calculations. Therefore, an ASIC device for mining “digital silver” will cost more than a similar device for bitcoin.

Graphics card or ASIC – which one to choose?

As we already said, in 2020-2021 there are only two methods how to earn Litecoin – using an “asic” or a GPU farm. Let’s break down each case in more detail.

When mining a token through an ASIC, everything is very simple. It is enough to connect the equipment, configure it, join the pool and start mining. The system will automatically adjust to the used hardware.

As for the question of how to mine LightCoin, everything is much more complicated. Only powerful video cards from AMD and Nvidia are suitable for efficient mining. The minimum models are RX560 and GTX1050ti respectively. There should be at least 6 such graphics processors in the farm.

The price of video card directly depends on its class and power. If you buy 6 AMD RX560, you will have to wait a very long time for the full payback, so you need several times more such “gadgets”.

LTC network requires a large amount of RAM for fast calculations. Therefore, the minimum amount of RAM is 8 GB of GDDR5 memory type. The preferred bus bit rate is 256 bits.

Separately, it is also worth mentioning the proper cooling and overclocking of the graphics card. For a Litecoin miner, the best way to choose a GPU with a good cooling system and the ability to increase the power.

Important: Farms on video cards are very inferior to “asics” in terms of efficiency. But even in this case, you need to have more than one ASIC device in order to make profit.

So, after selecting the equipment, it is necessary to calculate the potential income. You can do it through the Litecoin calculator, for example, whattomine.com.

Let’s carry out the calculation on the example of Bitmain Antminer L3++ ashik. It costs about $125, mines crypto at 580 Mhash/s and consumes 880 W per hour of work. Excluding electricity bills, daily profit is $0.37 and annual profit is $132.12.

That leads us to the conclusion that Bitmain Antminer L3++ will start making money only in its second year of operation. We do not take into account the cost of a kilowatt of electricity and voltage in the socket for home mining.

A farm of video cards will cost many times more, and the payback will be many times less. 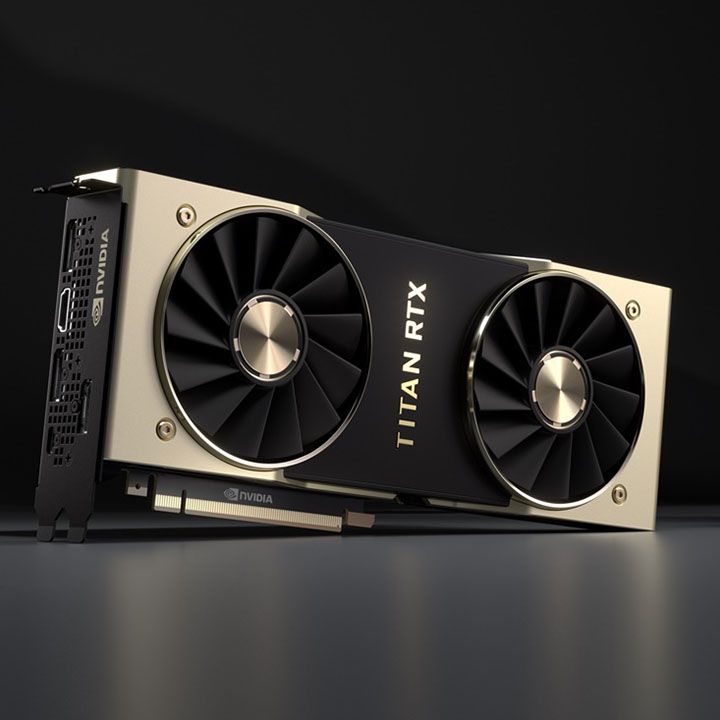 Advantages and disadvantages of video cards and ASIC

Now let’s talk about the pros and cons of using such hardware.

They are not a bad option for those who want to learn how to earn Litecoin at home. The main advantage is the ability to improve the farm and mine many types of digital coins. However, the disadvantages are much more – the need to fine-tune the equipment, cumbersome design, higher electricity consumption and expensive farm.

Pros – low price with high performance, ready to work “out of the box”, compactness. However, there is a disadvantage – the factory settings provide support for only one currency. This means that if it is specified that only mining litecoin is supported, the bitcoin will not be able to be mined by such “hardware”.

Tip: Pay attention to the power consumption of the hardware. So, a farm of 10 Nvidia GeForce GTX 1080 Ti spends a little over 2 megawatts of electricity, while the ASIC – about 1.5 times less.

To start mining “digital silver” you need to download the Litecoin Core cryptocurrency wallet on the official website of Litecoin. After that, a personal user address is created in the program, to which the crypto coins will be transferred.

In addition, you need a litecoin miner to generate the crypto. Experts recommend using the GUIminer program. It has an intuitive graphical interface, which is great for beginners.

It is better to download GUIminer from an official site so as not to infect your PC with viruses. After installation you need to open program and enter necessary data: nickname, password and model of equipment, which will be used for mining LTC.

Also you need to enter information about access to the broker, port and host data are taken from the site of Litecoin pool. The fields “Vectors”, “Worksize”, “Thread” are filled in automatically. Then you only need to start mining by pressing the “Start” button.

Also, experts recommend regularly backing up the cryptocurrency to a flash drive or an external hard drive. It is enough to open the “File” tab, select the item “Backup” and designate the place where the copy will be stored. It is better to do this after receiving or sending a transfer. 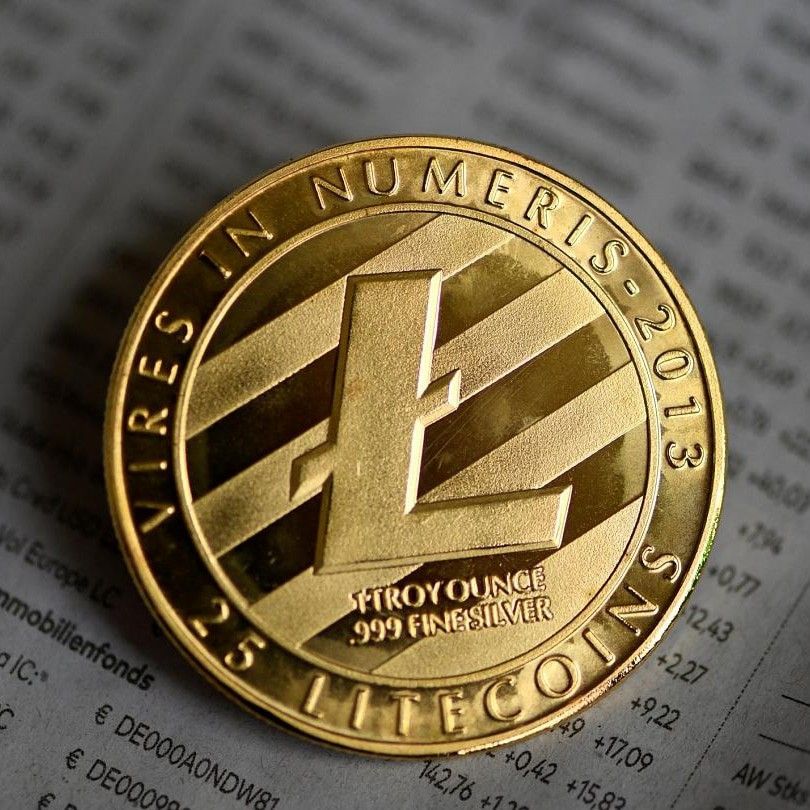 So, we have installed the miner, now let’s go through the mining pools. They are the ones that give the most benefit. Solo Litecoin mining is a very bad and unprofitable venture.

When choosing a site, you should pay special attention to the payment system. There are two systems – PPS and PPLNS.

PPS depends on the current complexity of the network, and each mined balloon costs a certain number of LTC tokens. There is also a 1-3% fee, which protects the pool from possible bankruptcy.

One of the most popular platforms is P2Pool. It differs from other pools in that it does not require registration and identity confirmation, and the reward is paid immediately (depending on the share of the miner in the block generation).

The rest of the Litecoin mining pools require registration. Here are the most famous ones: 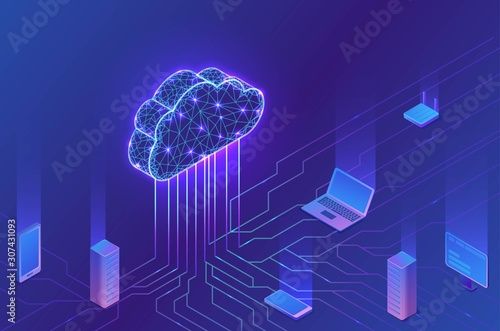 The very idea of cloud mining LTC looks quite interesting. Thus, it does not require the purchase of special equipment. It is enough to rent a certain number of asics and mine crypto from anywhere on the planet.

However, there are certain risks. Firstly, the fact of renting. Secondly, a significant commission on the cloud mining service. And third, there is always a chance of falling into the hands of fraudsters. And even if everything was quiet at first, when the Litecoin exchange rate falls, the company may deceive the client and keep his money.

But if you still want to see what ltc mining in the cloud looks like, you need to carefully study the company and its customer reviews.

So, among the cloud mining services, the following are worth mentioning:

There are also other platforms, but many of them have mixed reviews. It is also worth bearing in mind the huge commissions. For example, on HashFlare the fee is charged daily and for LiteCoin mining it is 0.005 USD for each megashop. That’s why you should not buy minimal packages, otherwise you can simply go “in the negative”.

In 2020-2021 mining Litecoin on video card simply does not make sense, because the leadership will continue to be held by asics. Even despite the complexity of the Litecoin network and its algorithm, mining hardware manufacturers continue to create more and more powerful equipment for mining cryptocurrencies.

Any farm configuration, even with the latest graphics cards, is seriously inferior to ASIC devices. Therefore, when selecting an asset for mining with a GPU, it is better to pay attention to other coins. This will bring more profit than mining “digital silver”

Also worth considering is the fact that right now the reward for generating a block is 12.5 LTC coins. And only the growth of the token can keep a large number of miners in the network.