How to mine Shiba Inu

SHIB is a meme token. It was launched by a team of developers, trying to make money on pampa. The creators of Shiba Inu have already nicknamed their cryptocurrency the Dogecoin killer. Initially, this token was not taken seriously by the community, but the situation changed after the dynamic growth of the market capitalization and temporary hit in the top 10 of Coinmarketcap rating. Not surprisingly, many investors were interested in Shiba Inu mining.

Biznes-Transformator reports that, in part, all meme tokens copy Dogecoin, which was launched in 2013, to varying degrees. Many assets of this type are dedicated to Ilon Musk. For example, Floki Inu was named after the Tesla and SpaceX founder’s dog.

Shiba Inu cryptocurrency, like bitcoin, has a fixed issue. The developers minted a total of 1 quadrillion. Half of the coins are locked in Uniswap’s liquidity pool. Another 50% of the tokens have been transferred to the wallet balance of Ether co-founder Vitalik Buterin. He donated them to charity, donating the assets to an Indian foundation to fight the effects of the coronavirus. Buterin burned some more of the tokens.

At the helm of the project is an anonymous development team led by Ryoshi. The coin was launched in August 2020. The creators of the meme-token do not hide the fact that it is their startup – it is an experiment in the development of a decentralized cryptocommunity. The name of the asset was not chosen by chance. The meme token is dedicated to the Shiba Inu dog breed, which became the logo of the asset.

In October 2021, the Rayoshi team reached its original goal. The SHIB token overtook DOGE in terms of market capitalization. However, the status quo was later restored. It should be taken into account that Shiba Inu is a cryptocurrency created on the Etherium blockchain. The token standard is ERC-20. Functionally, the asset did not stand out from its competitors. It had no intrinsic value.

When success came to Shiba Inu, the developers decided not to stop there and continued to develop the ecosystem. In July, the decentralized exchange ShibaSwap was launched. Users are able to earn money from steaking. It is possible to provide liquidity to pools. Traders will be able to use investor money to trade on exchanges.

LEASH or as it is also called “leash”. The token is designed to be rebadged, so it is considered elastic. It can be compared to an algorithmic Stablecoin. The market supply rises or falls depending on the value of the underlying asset. In the case of SHIB, the underlying instrument is Dogecoin.

BONE or “dice”. A management coin in the decentralized organization Doggy DAO. Token owners can propose decisions about the development of the network, vote for changes in the protocol. The issue of the coin is 250 million BONE.

The developers released NFT tokens – Shiboshis. These are pixel pictures of Shiba Inu dogs. They are sold on the OpenSea Marketplace.

Is it possible to mine Shiba Inu?

There is no traditional cryptocurrency mining on video cards or ASIC miners. The only way to make money is the Shibaswap liquidity pool. An alternative would be stacking on Binance. For ordinary users, this is the most convenient and practical way.

Stablereviews reports that every hour a certain amount of coins is distributed by Shiba Inu Faucoin crane. To earn in this way, you need to register on the site, as well as enter the address of the wallet for the withdrawal of cryptocurrency. You can use Binance’s internal storage or Metamask service. You can get from 20 tokens to 30 million SHIB in an hour. You just need to play a simple game.

Bitcoin cranes were very popular in the past. Many people used to earn DOGE this way, but it was a working method even before the digital asset’s popularity took off.

How to mine Shiba Inu

To start mining the cryptocurrency, you need to create a wallet. It will help to collect rewards in SHIB coins. Cashout is possible only when the minimum threshold is reached. You can use Atomic Wallet. This wallet has mobile apps for Android and iOS.
When the wallet is created, you should make sure to back up the 12-word SEED phrase. In the case of its loss, there may be problems with restoring access. Therefore, it is better to take care of such moments in advance.

To understand how to mine Shiba Inu, you need to follow the detailed step-by-step instructions:

Mining Shiba Inu on your phone

The SHIB coin has been one of the major discoveries of the last few years. It has added 93,200,000% in 2 years. It doesn’t support classic mining, but crypto-enthusiasts have still learned how to mine this asset. It turns out that it is not necessary to assemble a powerful farm. It is enough and an old laptop. His discovery was shared by the American blogger Hai Dinho.

In his interview with Business Insider, Dinho told in detail that it all started with an investment of $100 in the cryptocurrency SHIB. Then he discovered mining the asset. The benefits were obvious. After all, virtually no one Dinho knew was mining the coin.

Hai used an old laptop as his mining equipment. He connected it to the service UnMineable. This platform allows to mine even the rarest altcoins: CAKE, SOL, MANA. All you have to do is to install the software. Interestingly, there is no version for MacOS.

The commission for mining cryptocurrency through UnMineable pools varies in the range of 0.75%-1%. The program automatically determines the profitability of mining depending on the selected cryptocurrency. According to Business Insider, Dinho’s laptop is capable of providing up to 22.8 megahes. This is enough to mine 271 SHIB per day.

The value of the cryptocurrency is minimal, but Dinho is playing the long game. He predicts that in the near future, the price of the token could skyrocket dramatically. SHIB is capable of repeating the success of DOGE and even surpassing it. How do you mine Shiba Inu from your phone? It’s impossible. First, the processing power of mobile devices is too low. Secondly, there is no software version for Android and iOS. 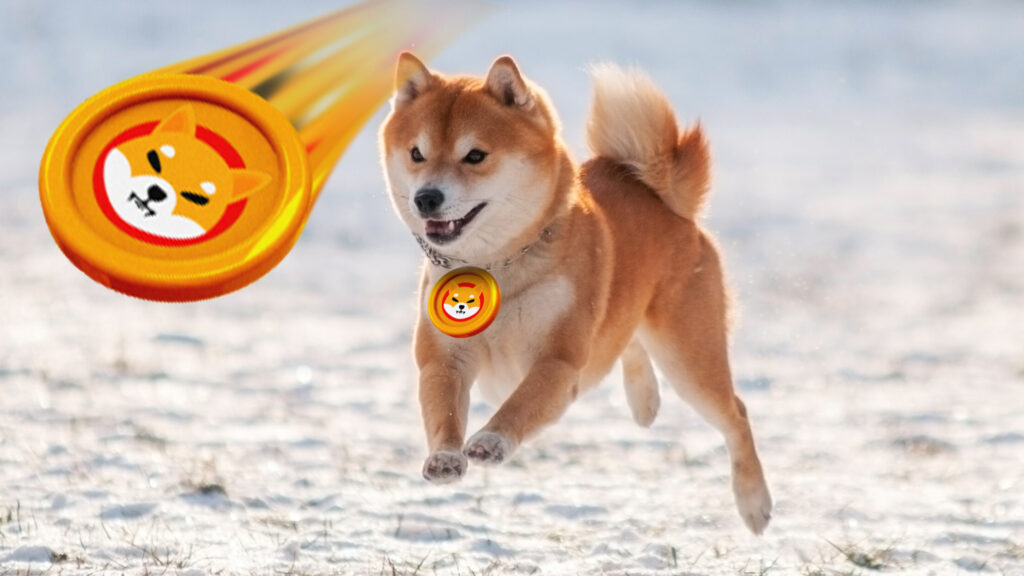 Before getting into the details of SHIB mining on CPUs and assessing the profitability of mining, you need to analyze the risks. There are quite a lot of them, not to mention the fact that the cryptocurrency cannot boast of stability. It is quite realistic to make about 100,000 SHIB in one week. However, in just a few days, the cost of tokens can drop several times. There are other risks of mining that should not be forgotten:
Reduced service life of the equipment. Cryptocurrency mining requires a laptop or PC to be continuously connected to the network for a long period of time. Naturally, mining increases the wear and tear on the hardware components of the equipment.

Power Consumption. Laptops are equipped with graphics processors that are not able to determine the optimal battery life. Therefore, you have to keep the laptop on 24/7. Naturally, you will have to pay a lot for electricity. Given the low cost of the cryptocurrency, the profitability of mining is reduced.

Ethereum development. Vitalik Buterin continues to work hard to make ether more environmentally friendly. Soon, classic ETH mining will be gone due to the launch of the second-generation decentralized Ethereum platform. Naturally, other crypto-assets will also be affected.

Restrictions from video card developers. NVIDIA continues to impose restrictions on the needs of crypto. It is no longer profitable to mine crypto on RTX 3060 Ti, 3070, 3080. Their performance is too low.

Given all the available information, the most profitable way to mine is the UnMineable service. This earning format is more suitable for users who aim to earn in the long term.