Monero is a popular cryptocurrency and payment system of the same name. It is based on the CryptoNote algorithm. Thanks to this algorithm, transactions in the system can be secure and anonymous, which can not be said in full even about bitcoin, where the financial transactions of the user can be tracked. It is enough to know the number of the purse. Monero remains one of the most popular today in the cryptocurrency market. What makes it attractive is also the possibility of earning in this system. Therefore, the question of how to start mining Monero is now asked by many people.

Monero mining – where to start

Before you start mining, you need to weigh how profitable it is to engage in it. Monero mining at home is still as relevant as LightCoin mining. Both cryptocurrencies can be mined with an ordinary PC. But there are risks, too. The main one is that Monero can go down in value. The cost of equipment and electricity can be higher than the profitability of mining.

The value of the Monero has been on the rise lately.

The difficulty with mining is that you can’t make much money with this cryptocurrency. Even if you have a powerful video card, the earnings will be about $1-1.5 per day. In this case, the average cost of a video card is about $400. It will take more than a year to pay back the equipment. 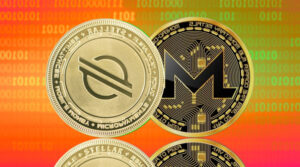 What to mine monero with?

The advantage of monero network before the same bitcoin is that this cryptocurrency can be mined at home. You don’t need expensive equipment for this. A computer with a good CPU or video card is enough.

Many people know that most cryptocurrencies are mined using ASIC devices – special processors designed for specific tasks. They are several times more expensive than video cards, but they show high speed of mining. But the peculiarity of monero is that it’s ineffective to use an asiq to mine the network’s coins. Monero creators are fighting against their use in every possible way.

With the appearance of asics the network hash rate will increase noticeably, which will actually lead to a monopoly of large mining farms consisting of hundreds or thousands of ASICs. Smaller miners will be squeezed out of the system. This is exactly what cryptocurrency developers are trying to prevent.

Large farms are fought by frequent hardforces (upgrades), which slightly change the mining algorithm as a result. CPUs and graphics cards easily adapt to the new algorithm. But asics, as highly specialized devices, can not cope with this and become irrelevant.

The best option for XMR mining is a video card. The fact is that a graphics processor is more efficient at solving a lot of simple tasks compared to a CPU, which is designed to solve a small number of complex tasks. Since mining involves going through a lot of combinations to find the right block, a video card can do that faster. But a video card suitable for mining is also more expensive than a CPU. 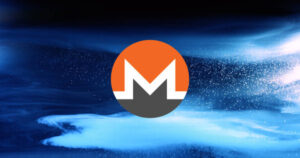 How to mine Monero – step by step instructions:

Monero mining – instructions on how to install the program:

You can also use the programs created by the developers of the equipment. For example, for a graphics processor made by AMD, the best program for mining Monero is XMR-STAK-AMD. For Nvidia video cards – XMR-STAK-NVIDIA. 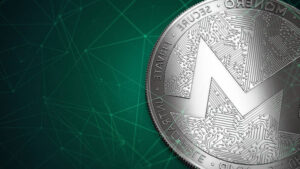 The complexity of Monero mining

Mining complexity is a measure of how hard it is to find a block in a network and be rewarded for it. The more equipment involved in the network, the higher its complexity. The indicator also demonstrates the level of popularity of cryptocurrency mining. As of the end of October 2020, the complexity of the Monero network was 184.371 GH/s.

It is impossible to get such a hash rate on a single device. To earn money, a miner must join a pool or organize a farm.

How to mine Monero on CPU?

Although CPUs have a lower hash rate compared to graphics cards, they consume less electricity. Therefore, novice miners sometimes bet that they can make as much money with CPUs as with graphics cards. But this is just a theory. In reality, it is more profitable to mine Monero on a video card.

Mining Monero on a video card

For mining it is better to use graphics processors from AMD, they are more productive. They cost $US 150-400 and provide a hash rate up to 575 H/s. Nvidia models are more expensive (GTX 1070 and GTX 1080), their declared computing power is higher – up to 600 H/s. But in fact AMD cards have better performance. This is also confirmed by user reviews on the net. Perhaps due to better optimization.

A Monero mining farm consisting of several video cards can increase your chances to win a reward. Usually 5-6 cards are purchased for this purpose.

Cloud mining is the mining of cryptocurrency using rented equipment. For this purpose, there are special services on the network. The most popular of them are:

Each of the services has its own terms of cooperation and rates.

To calculate the approximate yield allows calculator mining monero. This is, for example, on the site in-trend.biz.

Based on the data entered, the website will automatically calculate the profitability of mining.

Monero is a cryptocurrency that does not need powerful asics to mine. A $400 video card is enough. But you should not wait for big earnings here either. It is possible to increase profit, using farm of 5-6 video cards. But its creation will require about $2,000.