How to set up a mining farm and not go bankrupt?

Mining is one of the most popular ways to obtain cryptocurrency. But mining is no less risky than speculating on cryptocurrency exchanges or investing in ICOs. A miner has to buy up-to-date equipment, build a farm himself, choose the right cryptocurrencies, and, just like the rest of the market participants, count on the growth of the rate. A mistake in any of the aspects will lead to losses. The editors of BITSIDE studied the peculiarities of mining setup, suitable equipment, pools, coins and potential profitability.

How to set up a mining farm

Mining serves two purposes at once – it allows you to confirm transactions and create blocks in the blockchain network, as well as to issue cryptocurrencies. The latter serves as a reward for the generated block.

The mining process consists of the network nodes solving an algorithmic problem with the help of special equipment. The node that copes with it faster than the others forms a block and is rewarded with a certain amount of coins. The amount depends on the cryptocurrency. For example, the current reward in the bitcoin network is 12.5 BTC

According to the types of equipment, mining is divided into three categories:

Using CPUs. It was CPUs that were first used to support the Bitcoin network. Now this method has lost relevance because of the growth of hash rates – the complexity of digital money networks. But some altcoins are still mined on processors.

Using GPUs. Video cards are still a relevant method of mining. They are used to mine ether, Monero and a number of other coins. But the method is gradually losing relevance due to the increasing number of ASICs and the growing complexity of the network.

Using ASICs. These devices are specially designed for mining, and therefore they do the best job. ASICs are used to work in networks of BTC, LTC and a number of other coins.

Mining with a single video card or ASIC device will not bring much profit. That’s why you’ll have to create a farm that combines the computing power of many machines. Let’s understand the choice of components and how to set up a mining farm.

Assembling a farm: how to choose the components

First, the user needs to decide on the cryptocurrency. The preferred choice is considered bitcoin or ether, but you can also choose other coins. The main thing to remember is that buying expensive equipment for mining altcoins worth less than a dollar is not the best decision.

A GPU mining farm consists of the following elements:

In addition to video cards, you need to choose the right motherboard. For the generation of altcoins enough and budget options. To mine bitcoin will have to buy a top-end motherboard.

The miner must pay attention to the presence of a sufficient number of PCI-E ports. Through them, using raisers GPU connect to the motherboard. It is not necessary to focus on the purchase of the processor, RAM and storage – cheap options suitable for the motherboard are enough. Experts prefer budget or even used options.

Also have to pick up the right power supply. It must be 25% more powerful than required by all the components of the mining farm (you need to sum up the Watts for each part). You can read more about selecting equipment and setting up the farm in our .

How to set up Etherium mining 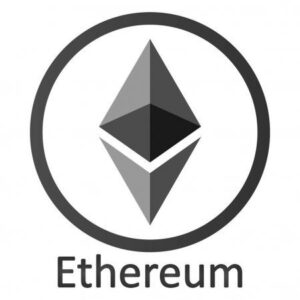 Etherium is the second most popular cryptocurrency. Miners like its high rate and wide application. Therefore, many of them prefer to mine Ether rather than bitcoins. This cryptocurrency is mined on video cards. The tuning algorithm is not different from other coins. Let’s understand how to set up Etherium mining:

Let’s start with selection of video cards. About suitable GPU already mentioned above. All the same Nvidia GTX starting from 1050i will do, as well as Radeon from 470.

Choosing video cards it is worth paying special attention to the hash rate. On the web, you can find out the mining efficiency on industry resources and thematic forums. For example, you can seek help from experienced miners on Reddit and BitcoinTalk. They will advise on which video card to mine and what to pay attention to. It is also advisable not only to read our materials, but also to get tips from experienced miners, in order to build a farm

Before you buy GPUs, it is better to check the profitability of mining on them. To do this is simple – find the hash rate, which the video card is able to produce, as well as power consumption. Profitability of Etherium mining can be calculated by using specialized calculators like Etherscan, or .

But you need to keep in mind that the price of the cryptocurrency is changing rapidly, and the complexity of mining is constantly increasing. Therefore, the calculator allows you to calculate only approximate profitability. 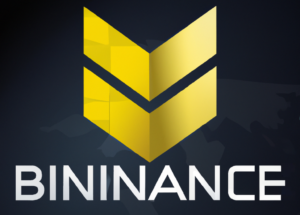 Choosing and installing a wallet

You can choose any wallet for storing coins, which supports ether. The main rule is not to store coins on cryptocurrency exchanges. They too often fall victim to hacks. Popular Ethereum wallets include MyEthereumWallet, Blockchain.info, Mist, Exodus and others.

But no matter how reliable a wallet looks, there is always the possibility of hacking. Cold wallets are more reliable, but their owners can simply lose the device.

MyEthereumWallet is a good choice for a beginner miner. Creating a wallet is easy. To do this, go to , think up and enter a password, and click “Create New Wallet”.

Download Keystore File and do not forget to take care of its security.

Go to the next page. Now you have to save your own private key. You can just copy it, but that’s not a safe way to store it. It is better to print it out and keep it safely hidden.

Click on “Save your Address” and the cryptocurrency wallet is ready.

The next step is to choose a pool that combines the capacity of miners to increase the efficiency of mining. You need to pay attention to the hash rate of the site, the commission, the minimum payment, the number of participants and reviews. Popular Ethereum pools include:

Before settling on a particular association, it is worth checking the reviews, as well as whether the pool is suitable for the equipment used by the miner. On such platforms, profits are often distributed based on the power invested by the participant. With low hash rates, it is difficult to make money.

An important part of preparation is choosing a mining program. It is used to set up and start the mining process. The software is chosen after the pool – the administration of the latter usually advises the appropriate one. There are many programs for mining ether – let’s analyze the most popular ones:

MinerGate – a program that allows you to mine ether and other altcoins. There are versions for Windows, macOS and Ubuntu. It is easy to set up mining, even for a beginner. It is enough to download and install the program. Once launched, Monero mining will start automatically. To mine ether, you just need to select this currency in the “Miner” section 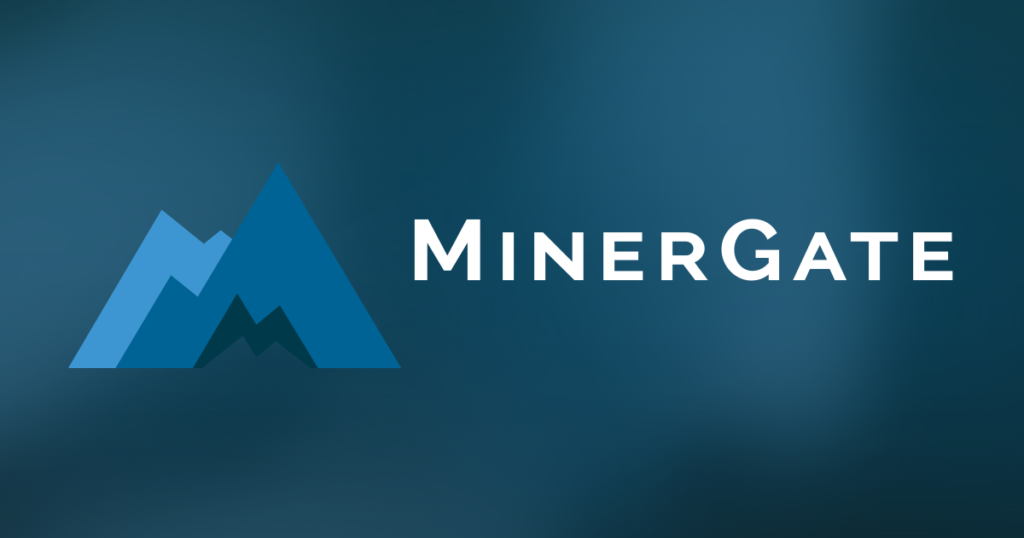 – a popular program that supports ether and altcoins based on Ethash, Equihash, CryptoNight, and NeoScrypt algorithms. It can be used for dual-mining. There are versions for Windows and Linux. This miner has no graphical interface, and therefore it is difficult for beginners to set up mining. But there are enough guides on the web to figure it out on your own. The advantages include the possibility of deep customization of mining

Recommended for Nvidia graphics cards, but also suitable for AMD. There are versions for Windows, macOS and Linux. The program also has no graphical interface. The setup is similar to Claymore’s DualMiner, and therefore it is better to find instructions or ask for help from experienced miners. The plus side of EthMiner is the in-depth mining setup.

The profitability of ethereum mining

Ethereum mining looks like a promising idea, but it’s harder to make money from it than it looks. The digital currency was hovering between $280 and $300 at the end of August – four times lower than the January figure of $1300. Etherium suffers from volatility, as do most other cryptocurrencies. Add to this the cost of equipment and electricity, the growing hash rate in the network and it turns out that the profitability of Ether looks doubtful.

Of course, the hash rate in the pool will be higher and nobody mines ether on one video card. But it’s hard to make money mining this cryptocurrency, especially given the volatility and increasing complexity of mining.

How to set up dual mining

Mining cryptocurrency with a video card is not the most profitable idea. Even a farm with top-of-the-line GPUs can bring losses. Therefore, miners are constantly looking for ways to increase profits.

Among the interesting options is dual-mining. Its essence is the parallel mining of two coins on the same equipment. Theoretically, it allows you to earn more without losing power and spending on the purchase of video cards. But in practice, it is difficult to make a profit on such mining.

It is impossible to mine bitcoins and ether at the same time. These cryptocurrencies use different algorithms and equipment. Even altcoin mining has limitations. The main requirement is that both coins must use the same algorithm.

If you choose ether as the main cryptocurrency, then Decred, Ethereum Classic, Siacoin, Pascal and Lbry will pair up. The rate of the last three does not reach a dollar and it is not profitable to mine them. This leaves only Decred and Ethereum Classic. The former has a rate of $37.80 and is considered the preferred choice for dual-mining.

Preparing to start mining is not much different from regular mining, although it has nuances. Let’s figure out how to set up dual mining. The user will also need a farm, a wallet, a pool and a mining program. But in order to pair with Etherium to mine Decred, you will need a pool that supports these coins. An acceptable option is . Decred, Ethereum and Lbry can be mined and the commission is 1% of the amount.

Claymore’s DualMiner is used for dual-mining. The first thing to do is to download the current version of . The program charges a commission of 1.5%.

Install Claymore’s is simple – unzip the archive into the correct directory on your computer. Before setting up the program, you will have to study the guides or seek help from an experienced miner. The setup consists of making changes to start.bat. To do this, open the file with Notepad and specify the necessary parameters. There is another way – edit Config.txt.

The profitability of dual-mining is debatable. On the one hand, earning extra coins with the same video cards is a nice bonus. On the other hand, the rate of suitable altcoins is not too high, and due to increased cooling requirements electricity consumption and equipment wear and tear will increase.
But the main problem is that there are already ASIC miners for the Ethash algorithm. Their appearance provoked a rapid increase in the complexity of mining and reduced profitability.

Creating a farm and setting up mining is a complex process that requires attention to detail. The user needs to choose the right equipment, cryptocurrency, pool, wallet and calculate profitability. A mistake will lead to a waste of time and money.

Due to the high complexity of mining and the fall in the rate of the top coins, many people question the profitability of mining. Indeed, it is difficult to make money on it now, so miners are looking for alternatives, like dual and clude mining. But even these approaches can only bring losses.